Always by your side

It is a kind of thing with Urban Styles. They emerge on the streets, and mostly they want to remain right there because they belong to the streets. It is rather a question of self-understanding and identify than of self-consciousness. When Urban Styles find their way onto established stages, in theater, a discussion arises automatically about professionalization while sensing the eventuality of an undetermined loss of authenticity considering the expression of a way of life. High culture or maybe explicitly not? This aspect of being socioculturally rich in history is more pronounced in Breaking than in younger performance approaches like e.g. Krumping. Yet some moments of touch do not seem to mesh.

The Breakers of Lloyd Marengo are nothing like that. The four performers come very relaxed together with percussionist Julio Pimentel and form literally one organic entity showing no separation in between percussion and physical performance. Nevertheless, the dramaturgy succeeds in presenting each one of them individually. 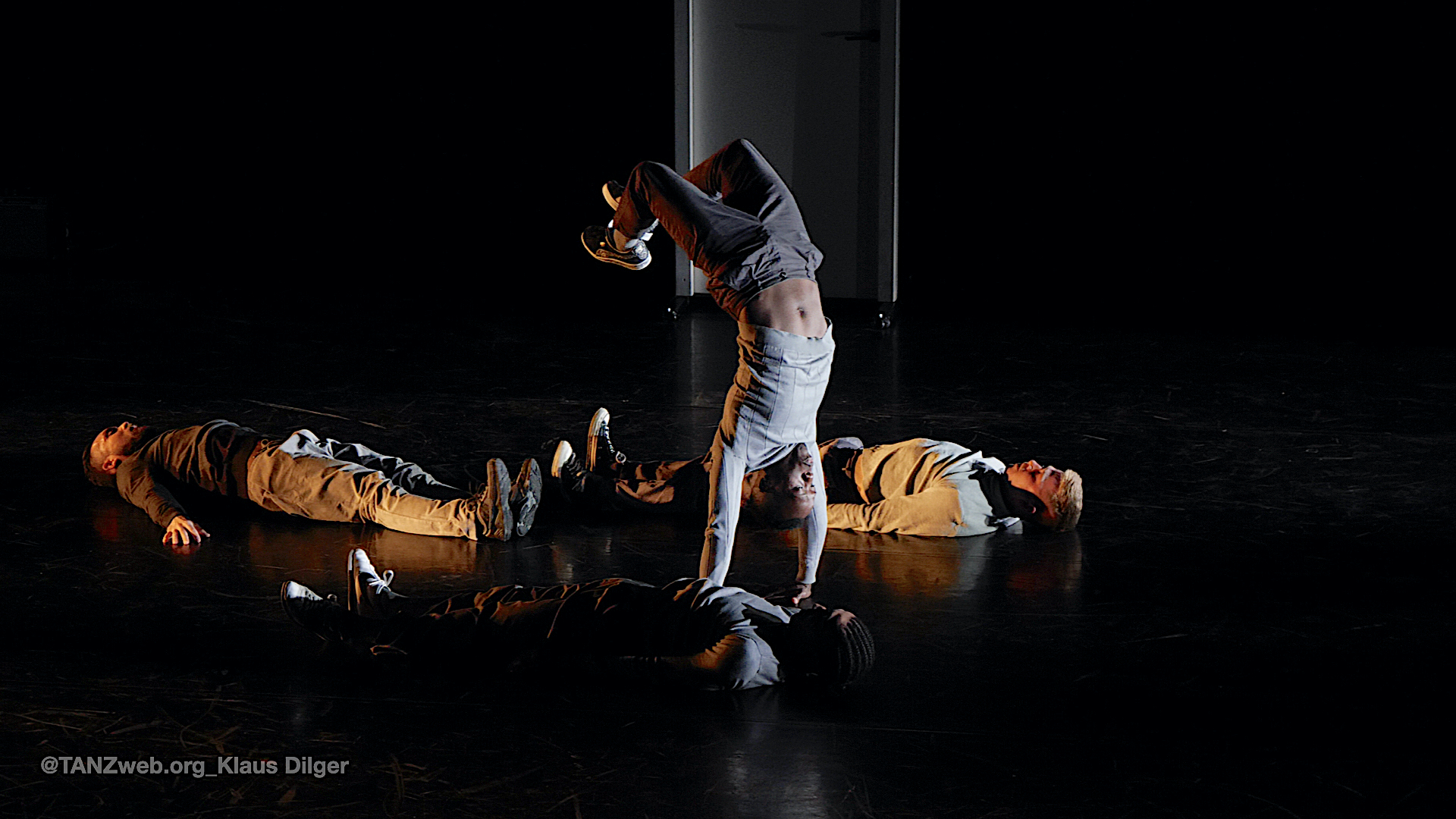 “Father Figure“ becomes apparent from the first moment on in the movement vocabulary via an effortless fusion of classical breaking moves and influences of Contemporary Dance. The result is an aesthetic smoothness with an energetic physical appearance that has nothing to do with the half-sporty and often show-off battle character of B-Boys. Theses dancers here know exactly what they are doing. And they know what they are capable of.

This works and is fully convincing, last but not least also because everyone from the group masters their skills in freezes, uprocking and power moves excellently. There are on the one hand scenes that push forwards with noisy musical accompaniment and there are on the other hand exactly those long periods of absence of any music that make the core of “Father Figure“ audible. Not only the sounds of the sneakers on the stage floor establish a rhythm on their own. Experimental drumming with the fingers on the floor and the fast-paced finger percussions of Pimentel convert simple movements into structured sounds. Two doors do less create a space but rather the frame for moments and instants, strung together as fragments without necessarily resulting in a narrative. It is more the pure expression, the mere being in a kind of introspective made visible that comes along with being a father, a parent, and all its associated challenges and perceived impossibilities. The tested competition is spelling out the reciprocal overtaking and outperforming while every single one is seeking and finding shelter and support in the entwined group. This is how the physical virtuosity takes the relevant step towards a clear message. 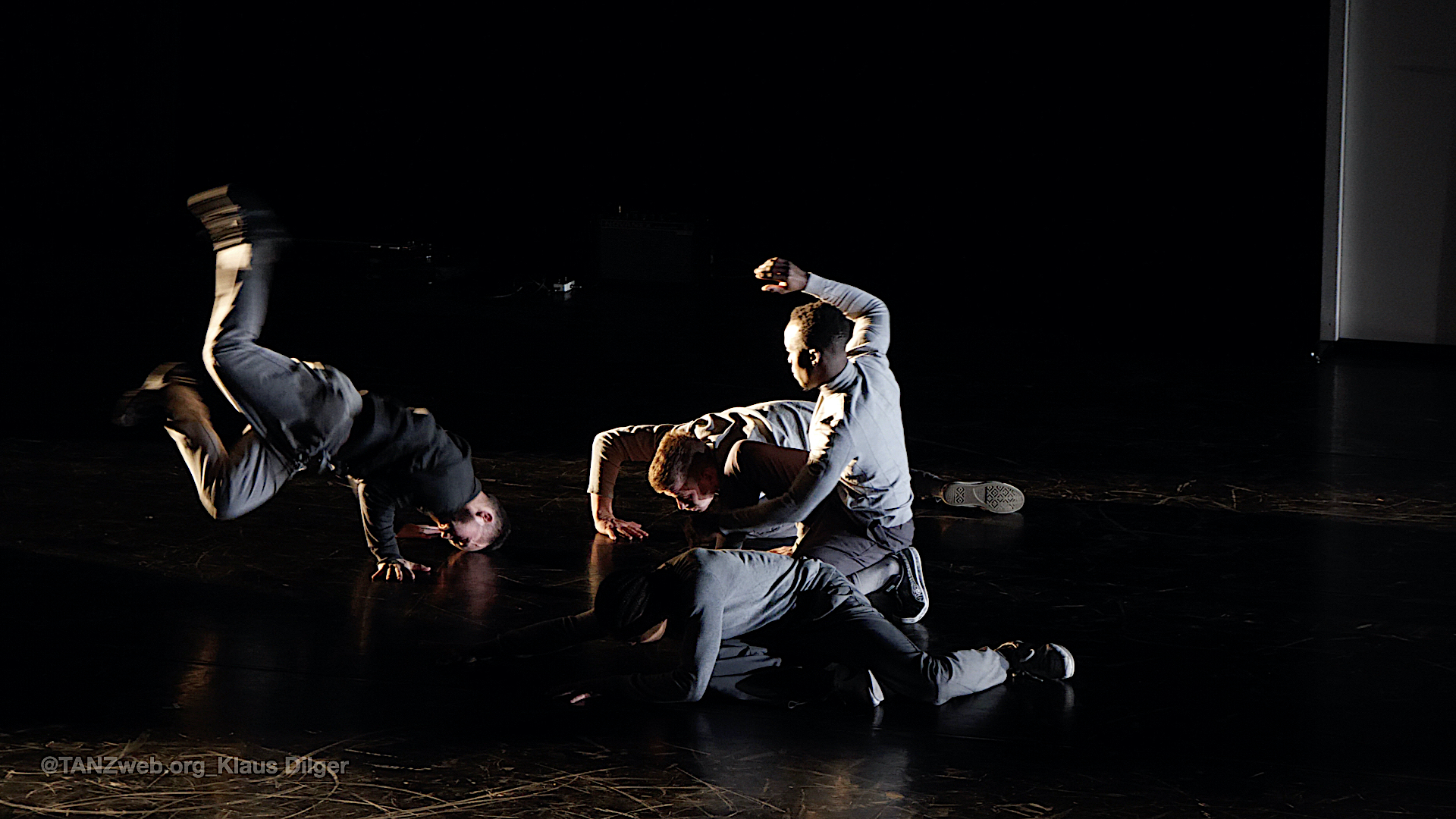