“Second Nature“ of the NDT at Theater Heerlen

The program “Second Nature“ of the NDT at Theater Heerlen

The second nature grows in the shade

Before the curtain of Schrittmacher-Festival in Aachen falls again for another year with the Italian Spellbound Contemporary Ballet, the Nederlands Dans Theater was invited to Heerlen for the culmination of the festival. The company’s popularity with the festival audience leaves no need to mention that the house was sold out until the very last seat. Yet, the crown is not of pure gold.

The NDT brought its brand new triple bill evening called “Second Nature“ to Heerlen, which had had its premiere on March 21 in Den Haag and has been on tour in the Netherlands since. Three works, twenty till thirty minutes of length. One of them, the second one, a premiere. The elegance, the NDT glamour we know is mostly represented in “Solo Echo“. The Canadian Crystal Pite, who has been associated choreographer of the company for several years, had created it in 2012. It is the piece with the snow. The snow is constantly floating down in the background, shining, as if the milky way fell down on earth quietly. An individual human being is standing in the half-shade – a sculpture of eternity. Then suddenly he leaps into the stream of time, gets started with the most complex ballet figures, flashing here and there an arabesque but a far cry away from the upright posture of classical dance – particularly as here they dance on their knees, at half hight and all of this at such a rapid pace that it is hard to catch a glimpse of any details. 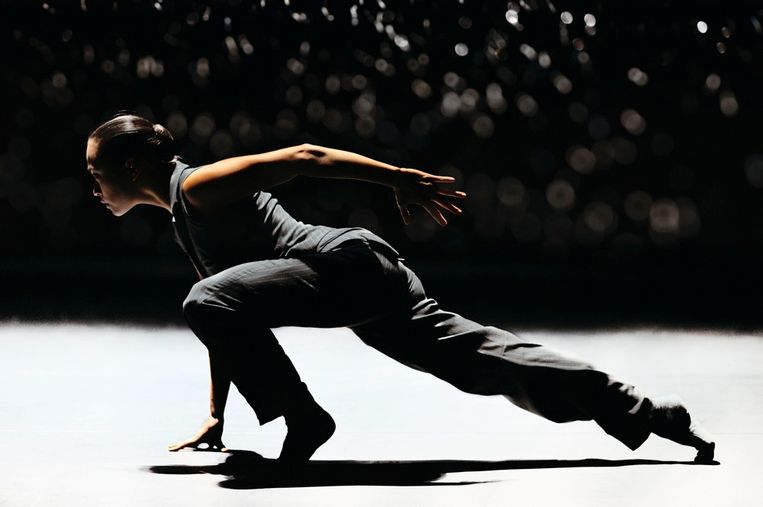 This applies to the whole first part of “Solo Echo“ where the first human, a man, quickly receives company, a woman: the two even touch each other shortly, hand in hand. Then others come, and with it something else. The principle consists of the brief encounter of mostly two. Sometimes somebody jumps in between and changes the system. Talking with fast and furious words like shooting stars in the language of dance, always different, at times more in accordance with the others, at times more militant, pushy and tugging. And then it is already over again. Running around.

The fantastically beautiful allegro of the sonata in E minor for cello and piano by Brahms, with the again and again rising tones, accompanies the hurrying humans and their crystal clear, edgy allrounder bodies. How lonely they appear when they breathe and hug the cold air out of a fear of melting. 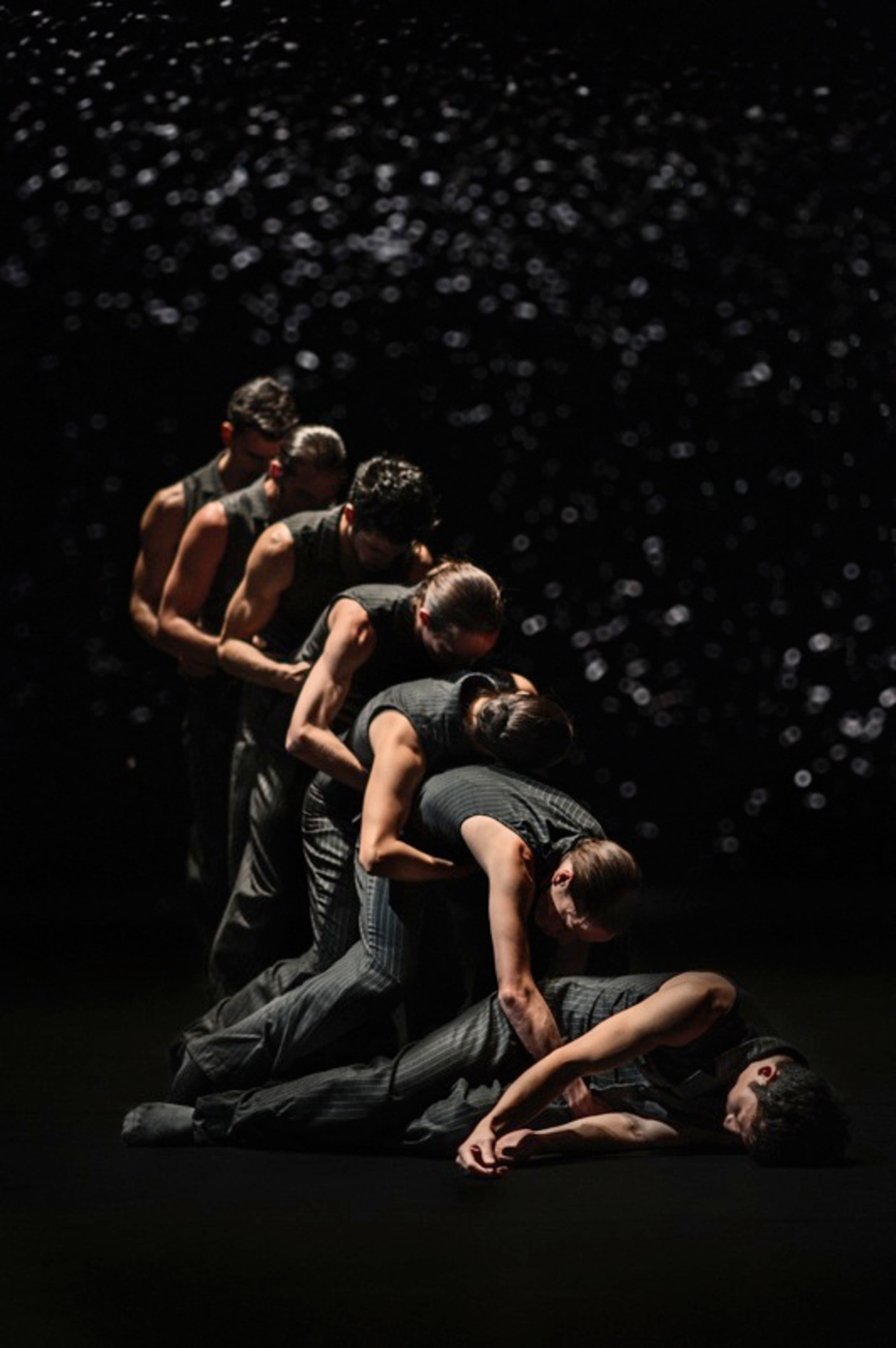 In the second part, with the Adagio Affetuoso from the sonata in F major, things are changing. Suddenly the individuals are stuck together. Somebody lies on the floor and someone else bends over him or her in a caring way. This someone is a chain of five members, a fivefold echo of movement, a multiple lighting. By now her trade mark, this becoming one of a group by Crystal Pite never fails to fascinate anew. She measures it wisely: the crowd lifts the lying human, lifts a woman over the lying man, floating weightlessly like an angel’s appearance and then the structure crumbles down all at once into its single pieces. But then, like magnets, the elements come back into order, patted on the cheeks by a singular person, pushed out of the line by another, circling two women that seem to be counting each other with stretched out arms, carrying them away. Sticking together, shredding and freezing in shards,- and merging again. Forwards, backwards. The transformations are unpredictable like phantoms. A grimacing man becomes a monster puppet, led by the group at his arms and legs. Nothing remains. Fortunately? Only somebody lying in the snow.

The Sleep of Reason

While this reenactment is worthwhile, the group of eight in “Bedroom Folk“ by the Israeli artistic couple Sharon Eyal and Gai Behar was a disappointment rather. Too well-behaved compared to the much stronger pieces of the two as for example the last pieces of “Love“. As seen before they form their bunch of dancers into a block which is standing on 16 balls of feet and that bend their knees in sync creating small waves. The heads jolt, the faces stretch upwards on high necks into the light, the chests arching. The hands first rest on the hips then the shoulders start shaking, the arms create shapes, reach high up and to the front, they bend in their wrists or embrace one another. They become stereotypical wings, swing up and down but the upper bodies bend too far back. That won’t do for taking off nor for the illusion of lightness. More of this bitchiness and beautiful grotesque the artists only grant to the “bedroom folk“ when they separate them later, let them try a few contacts, immobilize them again like helpless in the storm and finally push them again into the military block from the beginning,- and all this to the tireless and later disturbingly doubled electro beat by Ori Lichtik. Only now the legs swing like in a ballet exercise, toes right, left, right, left. 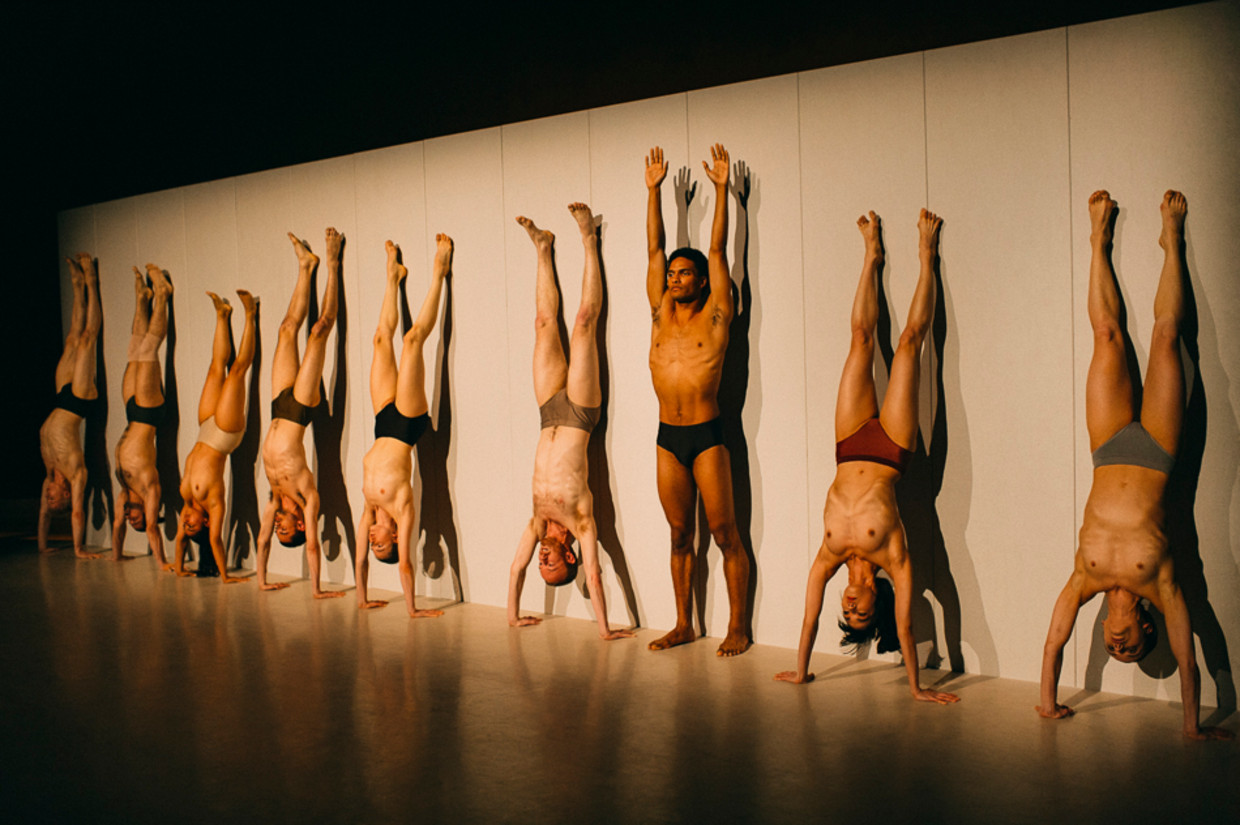 “Take Root“ did not spread a more positive view of the world either. The two Netherlands NDT-members Imre van Opstal and Marne van Opstal, born in 1989 and 1990, two out of four dance siblings, were allowed for the first time to choreograph outside of the Up & Coming Choreographers format. Their half-hour-long piece developed in collaboration with the nine dancers made a good, and a bit entangled impression. It was probably working with putting the title-providing “roots“ back into the earth instead of letting them dry out in open air. Hence, the dancers stand on their hands on the back wall in the beginning as if they were hanging from somewhere upside down. Only one dancer is different. He will then go ahead punching a hole into the wall so more light would come through. Which does not work. 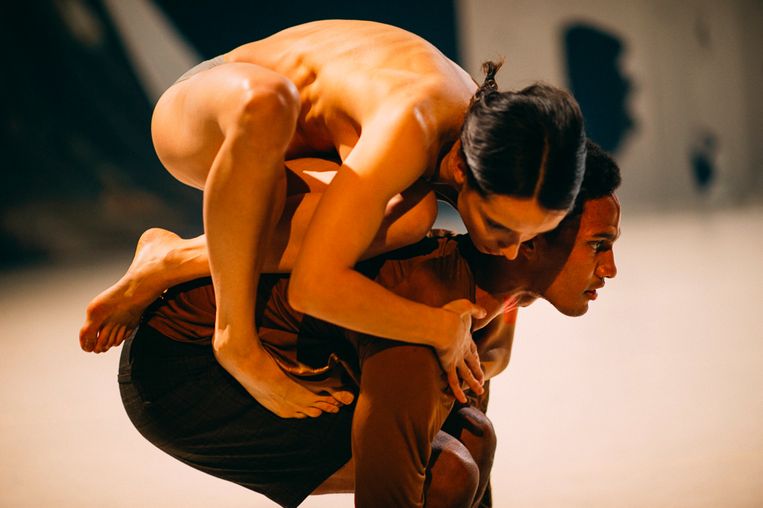 The dancers, sunken to the floor, seem like ants. They scurry, carry someone on their back, wave their hands, hold hands, open the arms. They shake, sit on their butts, shiver. Fleshless beings. They move on and only one remains crying silently. A man makes a pass at her, lifts her hand to his face. The couple becomes part of a concert of her episodic laughter and his workmen-panting. Then “nature“ shall do it. A stream from the speakers, shady light on pale sleepers, a painting rises, the way through the oak forest of Jacob van Ruisdael,- it soon collapses in its honorable gnarly beauty. The dancers start walking, they run, seem to run away from something, observe each other. Until a man, the wall breaker, picks up the woman still lying on the floor. He picks her up for a cautious duet with the lifeless body. A boneless body. Maybe a poor nymph who does not know how to stand on two legs and who is waking up slowly. She tries to stand, tumbles, he catches her. He leads her, lifts her, never lets her alone. He carries her in a way that her feet point into the air. Afterwards she may stand and look him in the eye. Hello. What is heaven and what earth and sense of “Take Root“ stays unclear. 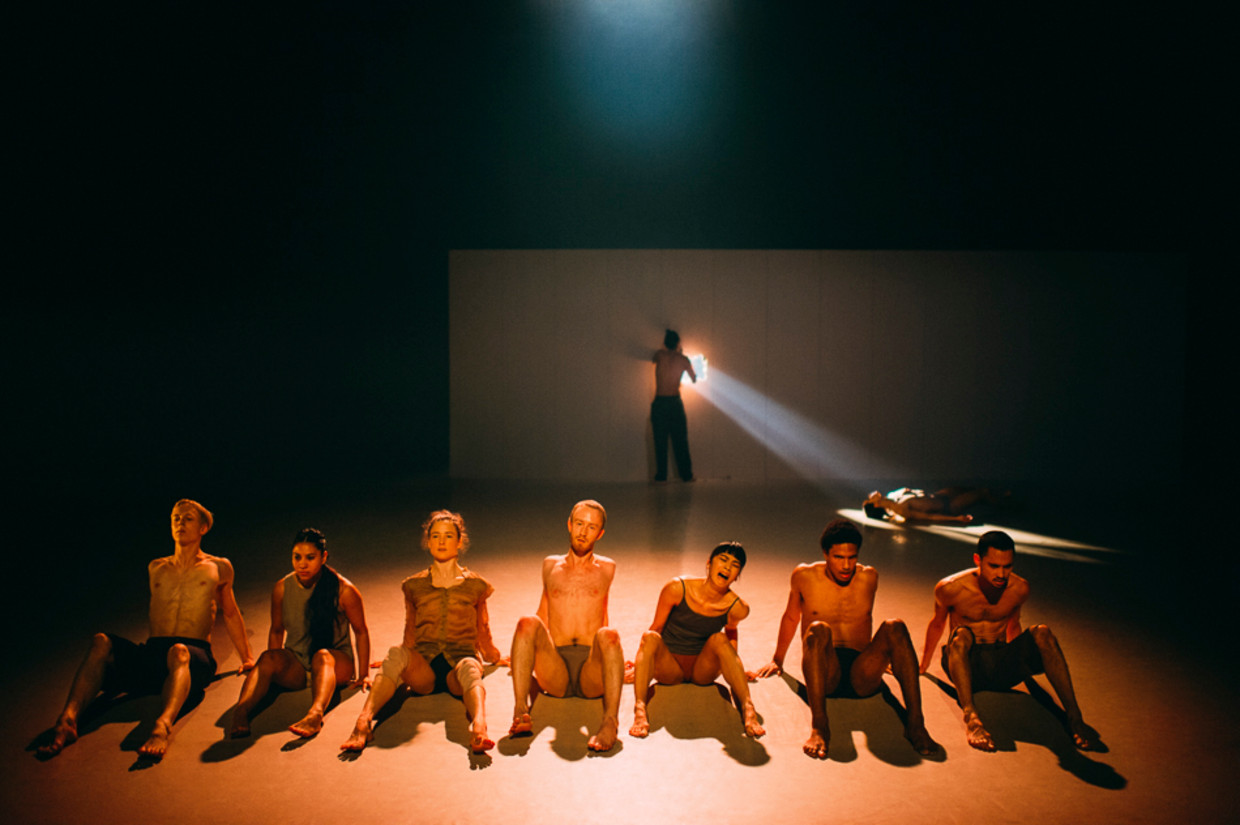