“WAKATT“ begins almost narratively with short sequences letting the silhouettes of humans appear in a projected semicircle on the back wall of the stage. Its coloring is reminiscent of the sunrises or sunsets which, typical for Africa, appear huge. Then this image is no longer interrupted by half a dozen fade-outs and the nine dancers who had remained facing the planet, begin – almost imperceptibly – to turn clockwise.

Increasing very gently and cautiously the light is falling onto the stage floor, which is littered with a shimmering black material of a yet unknown consistency. Slowly, the thought comes up that these silhouettes might not have turned toward the sun but toward our planet, just as if in a game of mirror neurons projecting onto this semicircle on the wall this realization that these people are probably on uninhabitable terrain. 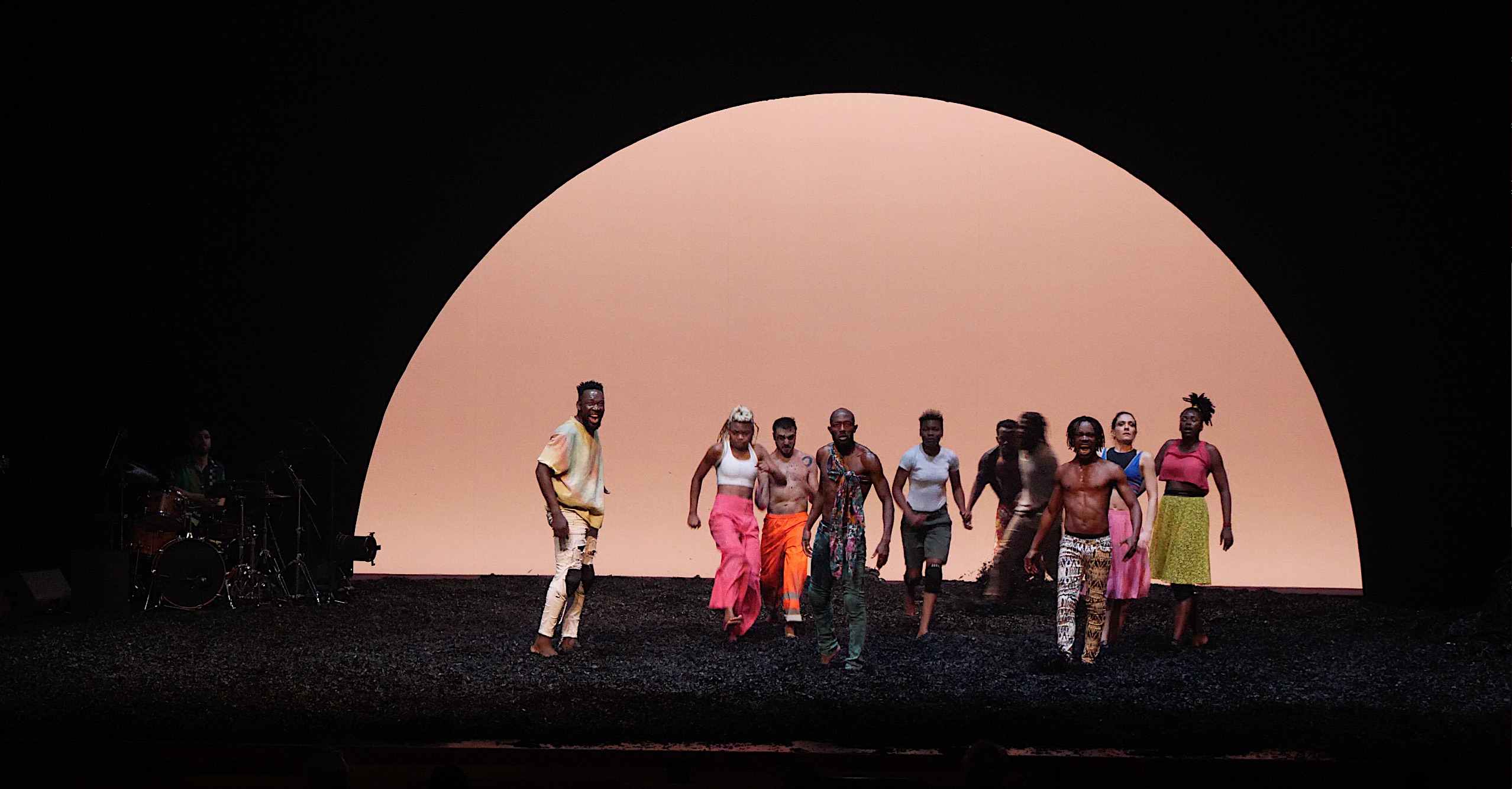 Bit by bit a figure emerges from the ground and the black material, unnoticed by the people spinning on the spot. Cursing wildly and foreshadowing nothing good, oppressive and almost undead, this scene is reminiscent of the Martian field from the Argonaut saga.

With this beginning, Serge Aimé Coulibaly and his Faso Dance Company have measured the field, which in the remaining 70 minutes will be predominantly a battlefield, an inner as much as an outer one.

„Wakatt“ translates from Mòoré, Burkina Faso’s most important native language, to „our time,“ and perhaps more accurately „our era,“ and it has been characterized by military violence in Burkina Faso since the independence from France in 1960. Just this January, the West African country experienced its eighth military coup.

The topic of fear is almost permanently present in this piece. 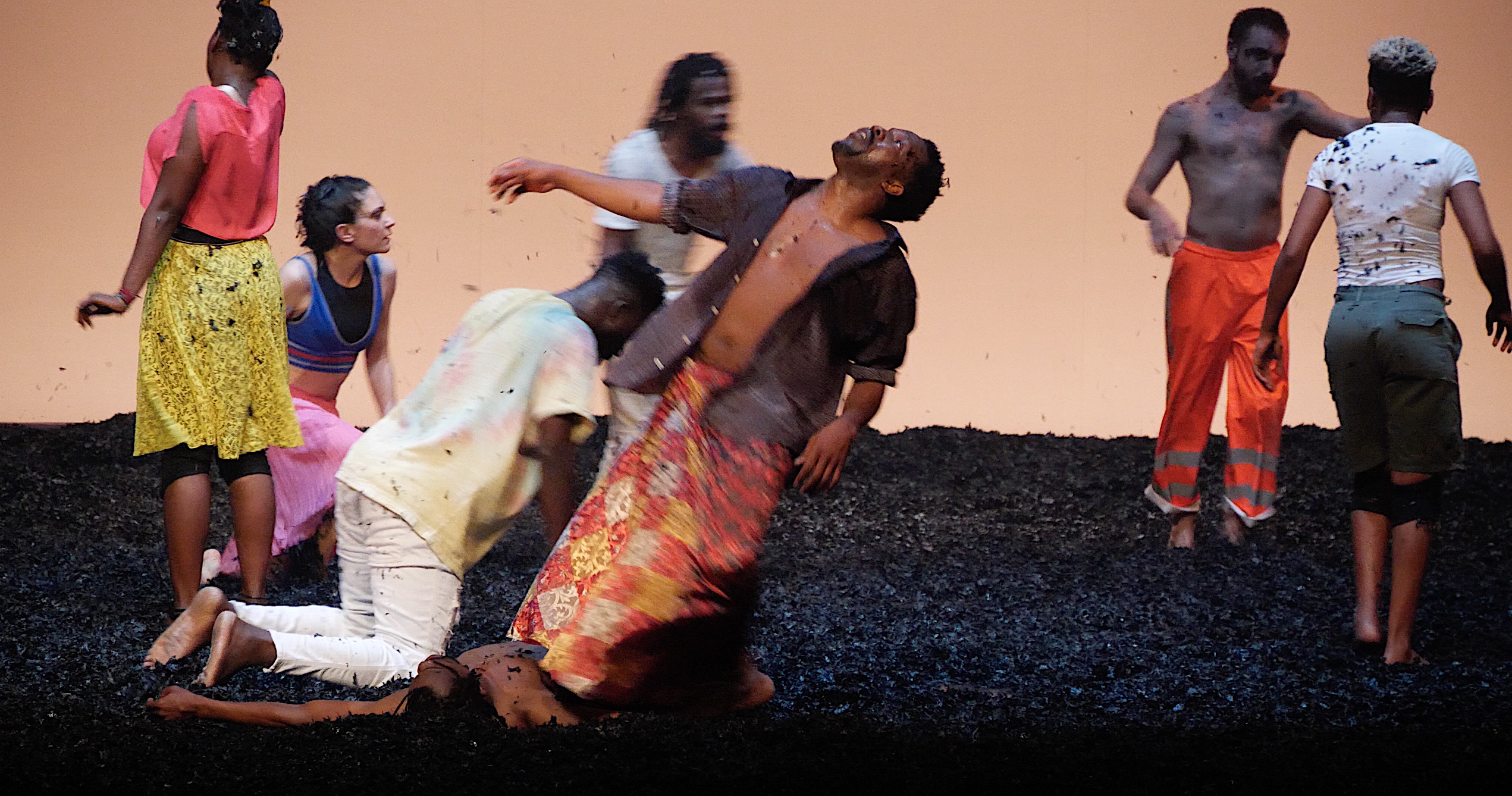 „On est dans la merde!“ (We are in deep sh**t!) These few words, shouted in one of the first scenes of WAKATT, sum up a feeling of life that is often – too often – reflected in facial expressions and gestures. Yet, when the performers are not stuck in the continuous stream for once, the piece features beautiful imagery, softness and tenderness. But loving touch suddenly turns into physical violence, embraces turn into pushing each other away and often the difference between tenderness and a jab is only a matter of speed, as Paul Virilio once remarked.

The people on stage are seekers who encounter each other on different levels at the same time. Again and again Coulibaly intersperses reminiscences of ghosts and demons, not only of his homeland, into the plot; the permanently present threat of everyone from and against each and everyone hardly seems to be predictable. 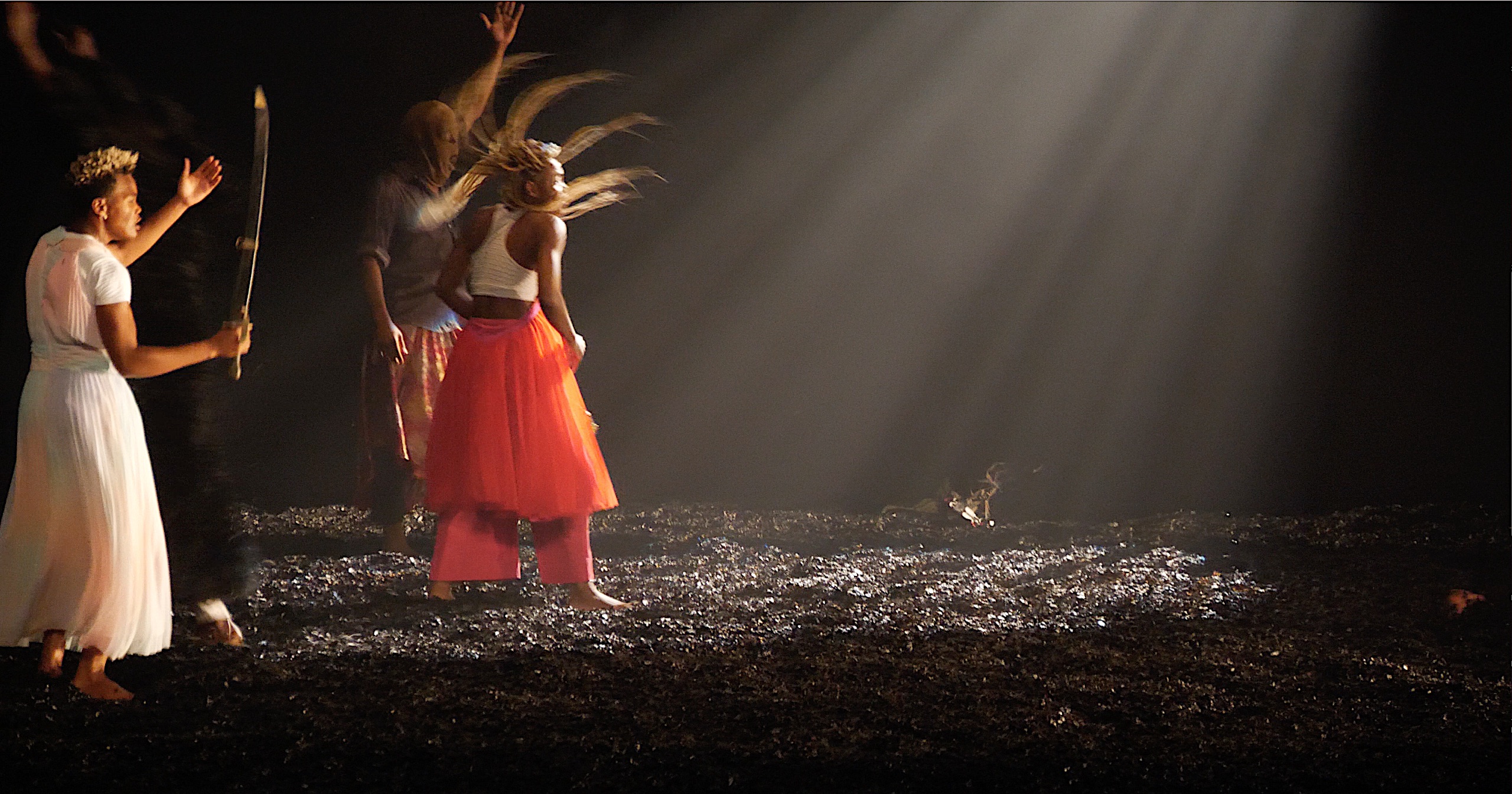 WAKATT is a dance piece whose choreography lives from its strong dancers, many of whom have danced in Belgium’s world-renowned companies, such as Alain Patel, Sidi Larbi Cherkaoui and Wim Vandekeybus. Stages in their biographies they are sharing with Coulibaly and this is palpable.

The live music composed by jazz musician Malik Mezzadri, alias Magic Malik, plays an equally large part in the impact of this evening. As a flutist and singer, he is on stage alongside Maxime Zampieri (drums) and Jean-Luc Lehr (bass), and drives the performers back and forth in between violence, tenderness, hope, fear and madness until the brightening end, its final image already brings along the next, seemingly inevitable catastrophe.

All in all, a gloomy dance science fiction that leaves unease behind. The audience thanked all participating artists with standing ovations – this can also have a redeeming effect. 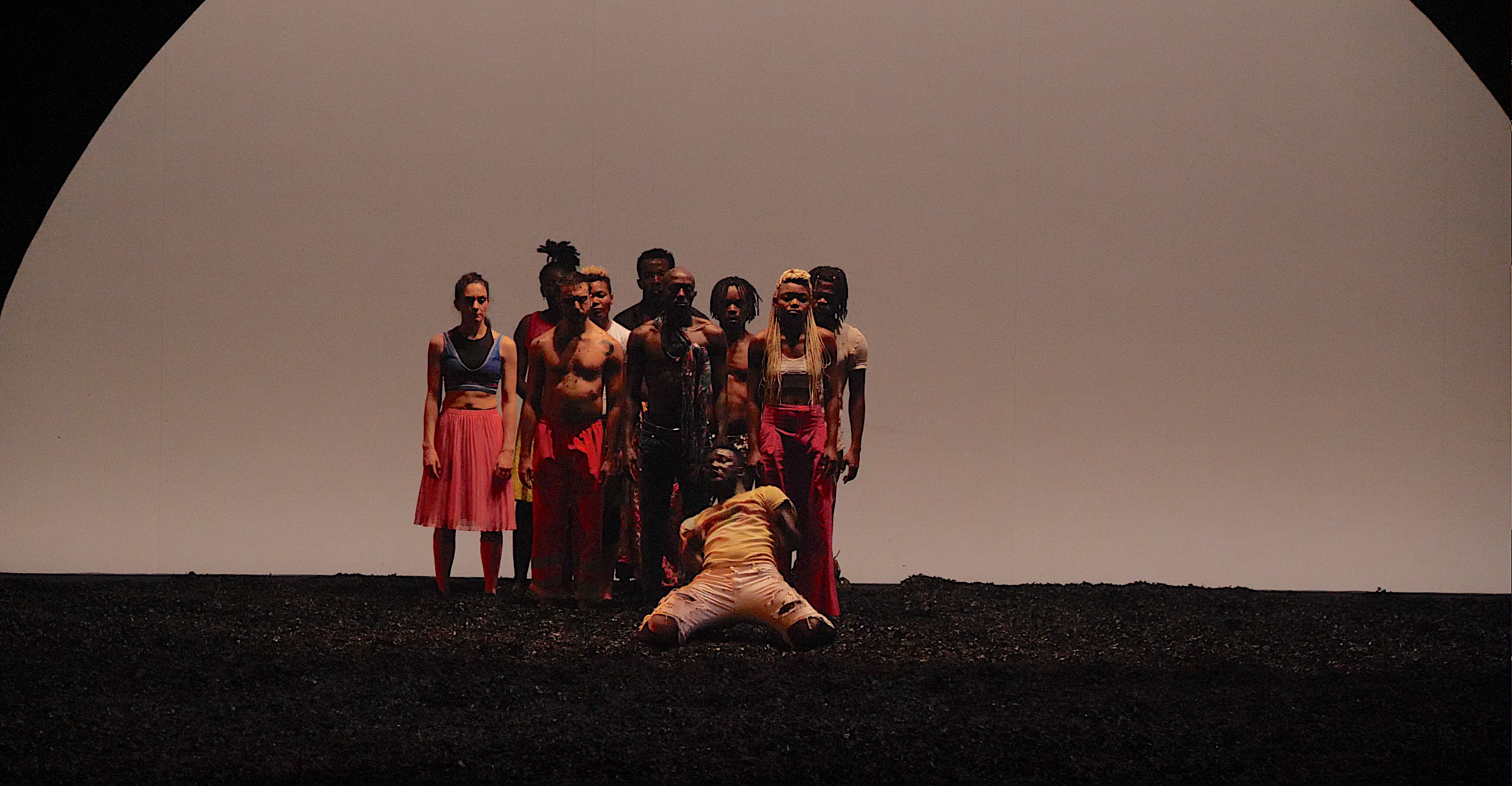