Reconciled with the world

Who would have thought that: The end of the world – it might be quite gentle and peaceful? There we are sitting, a hard-shaken audience, hearing in our heads the terrible crisis triad „War! Corona! Climate!“ and now on top of this we are supposed to watch the „entropic heat death“ of the universe. That is what the program says. And then the apocalypse has happened and the audience, enlivened, jumps up from their seats, some of them probably with three words in their heads only: „Just. Simply. Beautiful.“

This is James Wilton Dance. A small company from charming Cornwall in the South of Great Britain, founded twelve years ago by James Wilton who occasionally come for guest performances at festivals on Europe’s mainland: Poland, Austria, Spain, Germany. Not a big player in the festival program but an excellent splash of color in the program in case you wish to give your audience a little rest for one evening from the shook up, conceptually strong and critical performances and dance evenings and instead offer them fantastic dancers, high speed and smooth choreography, tasteful staging and a group of very pleasant and also serious people. Intelligent entertainment.

Schrittmacher presented two duets in Aachen: First „Drift“ to the electric guitar-heavy progressive rock of Nine Inch Nails and A Perfect Circle. Melancholy rawness, love-sore fury. Oliver Robertson and Laura Vanhulle rush into each other’s arms, tear themselves away – the compromise called „relationship“ is not the one for these strong characters. She pushes her body away from the ground, in yoga this would be a „wheel“ and meant to open the heart. He snuggles his head to her back like a cat, he seems to want to support her. Remaining for a few seconds only, as then the shared body architecture collapses. He turns away, she leaps into his back with a karate jump. Both clench their fists over their chests as if their hearts were in spasm inside of their chests. The timeless pain about the impossibility of love.

Already in this piece, it is the woman who sets the dynamics and emotional state. This goes as well for the second piece of the evening: „The Four Seasons“ to a composition of Max Richter. Ten years ago, Richter set out to make one of the most famous hits of classical music audible in a new way: Antonio Vivaldi’s „The Four Seasons“ whose magic has been worn out long since for advertising, elevator music and on-hold sound scapes. Vivaldi’s musical motifs can now only be heard from afar, they are looped, their tones multiplied, fragmented, whirled up. But of course, even this deconstruction has long since been condemned by popular culture: Anyone who has seen the blockbuster series „Bridgerton“ knows where the Vivaldi judge now ignites the erotic spring fever. 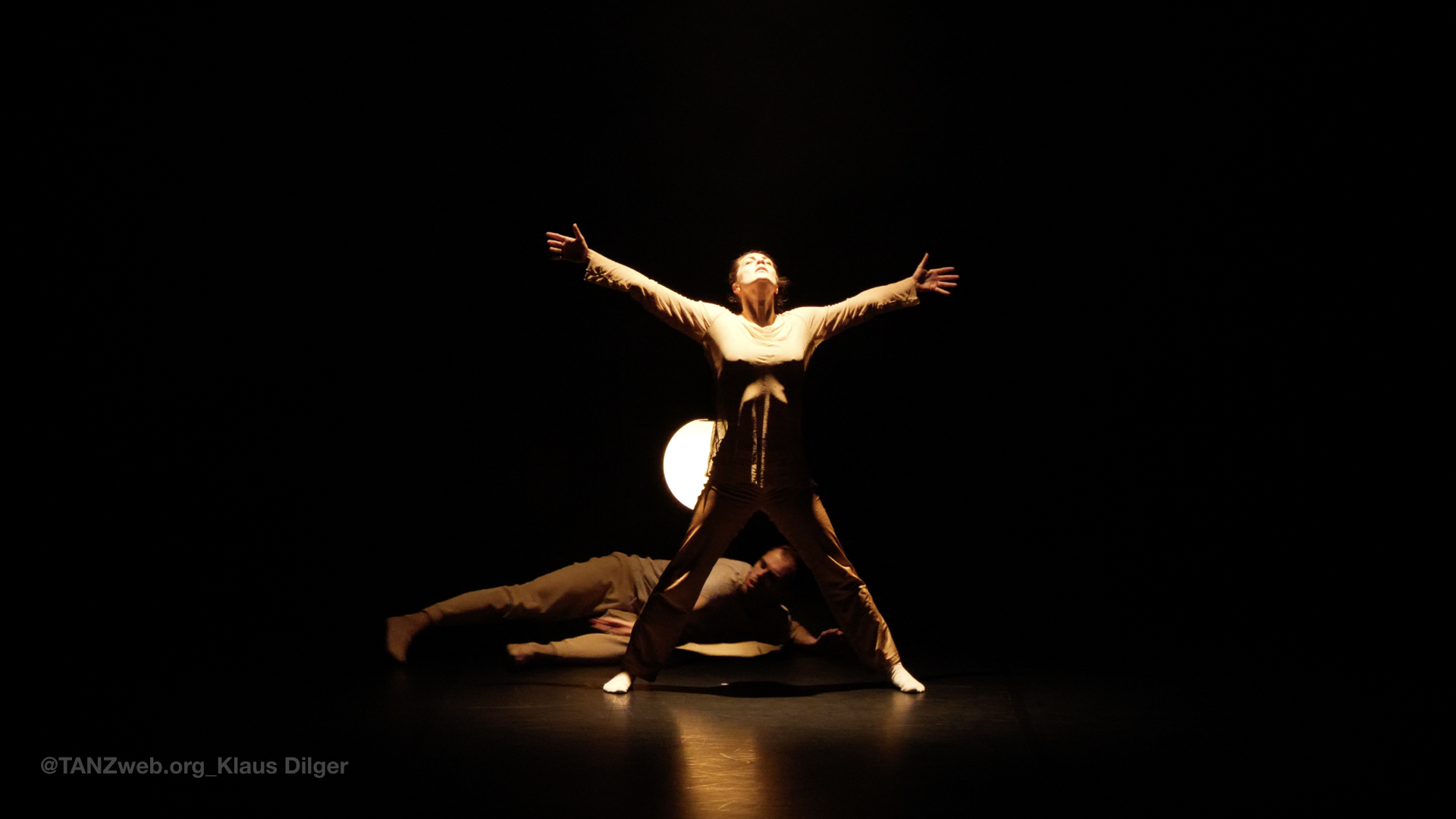 Analogous to the four seasons spring, summer, fall and winter, the choreographers James Wilton and Sarah Jane Taylor now want to tell the story of the universe: from the singularity of the big bang to expansion, cooling and heat death. But even Max Richter’s eclipsed Vivaldi does not offer as much drama and horror; after all, even in his work little birds are still chirping quite sweetly. Thus, the choreography leaves the impression that nature is constantly budding and exploding. Who would have guessed that there are so many different ways to stretch an arm into the air? A whole herbarium comes to life, meandering out of the bodies lying on the ground in ever new movements. Later, Wilton and Taylor use their bodies to recreate the symmetrical architecture of crystals. This is accompanied by a fantastic lighting design, in which even the flashing of spotlights are choreographed so suns and stars glow up and grow cold again. Nevertheless, as a viewer you lose the orientation around these meteorological and cosmological periods – is it already summer or is it still spring? The choreography falls back too much into familiar patterns again and again.

Apparently, ‚James Wilton Dance‘ does not feel called to be a climate disaster admonisher after all. Their mission is the beauty and pleasure of the human body: how fast and how sensual, how delicate and yet strong it can be. A miracle of nature to be celebrated, especially when you can hardly save yourself from any crisis. For an evening of dance we seem to be reconciled with the world again. 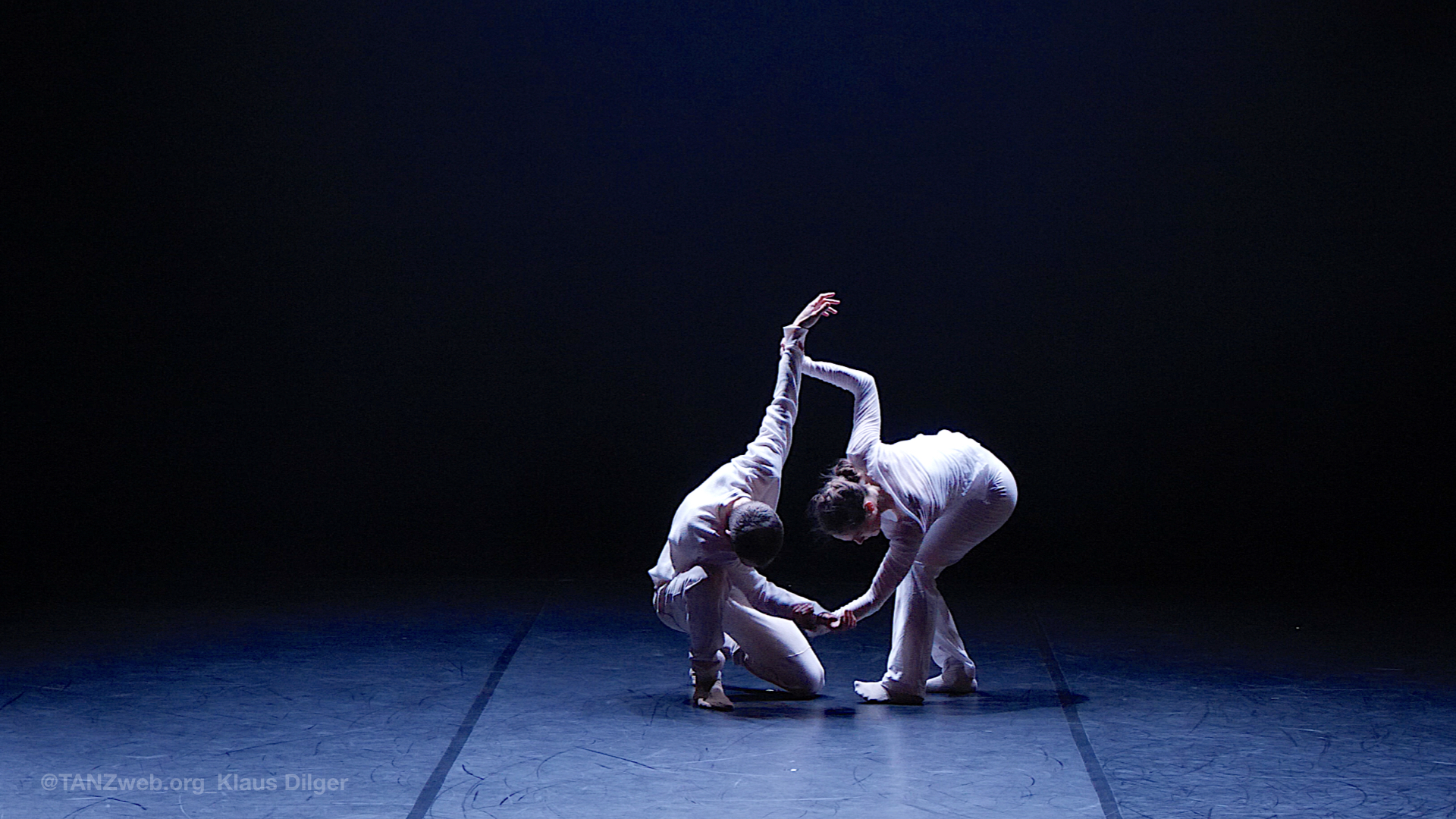