NUTCRACKER celebrated by the audience in Dortmund

SEE ALSO OUR TRAILER OF MILLEPIEDS NUTCRACKER ON OUR VIMEO CHANNEL

The Ballett Dortmund continues to raise its artistic profile by riding on the coattails of international dance personalities. Whether playing host to international ballet galas or engaging choreographer Benjamin Millepied – whose market value has rocketed since he met Natalie Portman – the company is keen to shake off any hint of its provincial roots. Alas, as I overheard one guest remark with regard to the French choreographer, “What’s in a name? I wouldn’t necessarily look any better if I threw on a Dior suit!” And indeed, a reputation is no guarantee of quality, despite facilitating a successful marketing campaign. It’s a clever strategy, although on this occasion it didn’t result in a presentation representative of the world’s cultural centres. 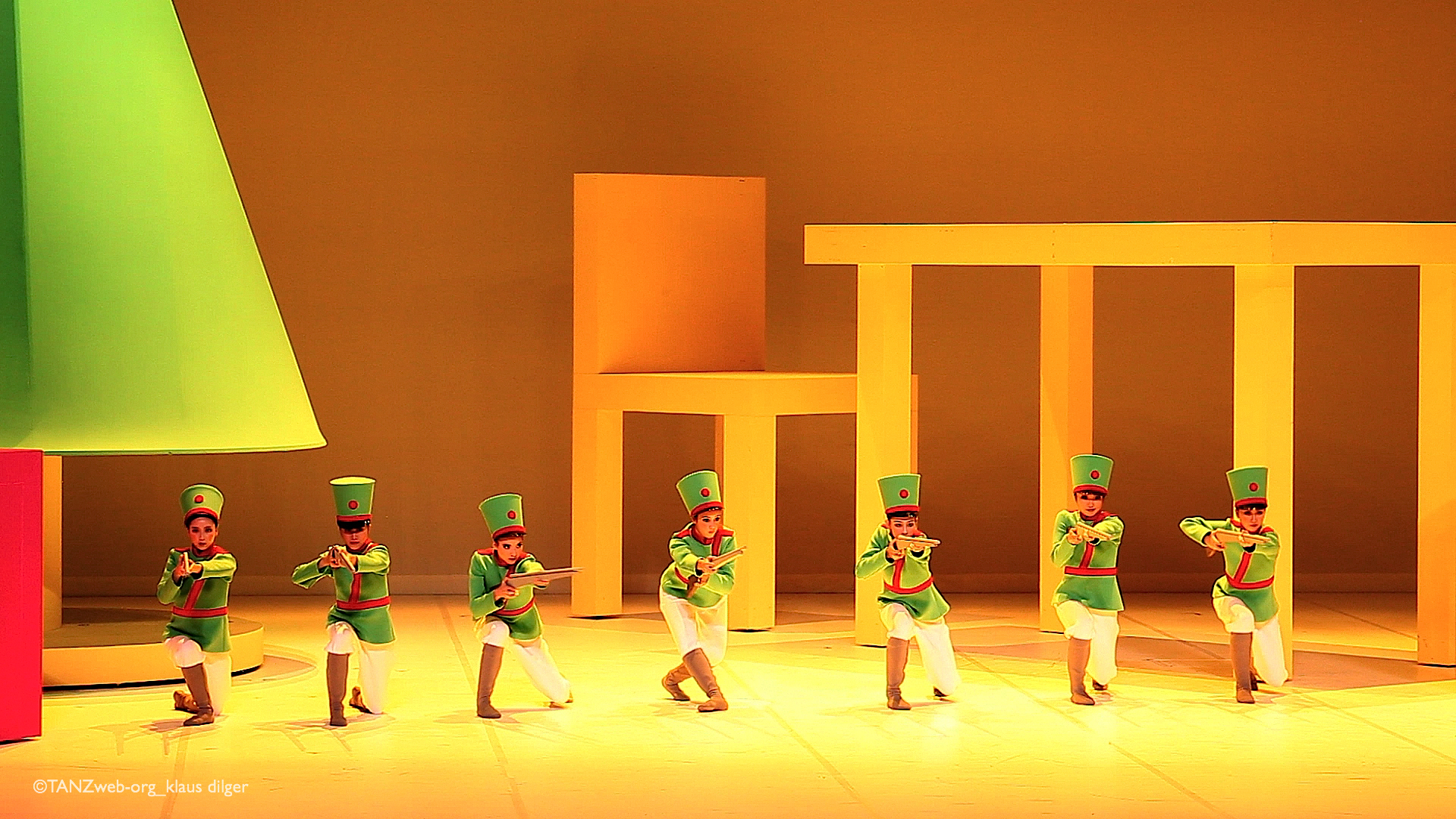 To be fair, one cannot approach a reinvention of the Nutcracker with unreasonably high artistic standards, in fact, ballet dramaturg Dr. Christian Baier underlines in the programme notes that the work has rarely (if ever) experienced any degree of critical success. Nonetheless, younger audiences and the young at heart flock to this and similar productions the world over anticipating danced fireworks and some ‘smoke and mirrors’. To that extent, Millepied’s Nutcracker is not much more than a disparate pastiche of dance vocabularies tied together by Tchaikovsky’s well-loved score and a simple, pop-up storybook-like set. Individual scenes and dancers stood out from the jumble, yet overall the evening was less magical than one has come to expect from a Christmas pageant.

As is to be expected at a ballet premiere, some dancers showed signs of opening night jitters. Technical glitches also hindered the video element of the stage design, consisting of rudimentary drawings and title pages – penned by Drosselmeier front of house – that acted as signposts throughout the evening. However, over the course of seventeen performances the ensemble will have more than enough chances to refine their interpretations, and for those back stage, find a way to solve any technical difficulties. The critique here is instead directed squarely at the work’s creator, who appears to have attempted to please the masses by drawing from a broad range of sources and in doing so sacrificed choreographic and dramaturgical coherence. 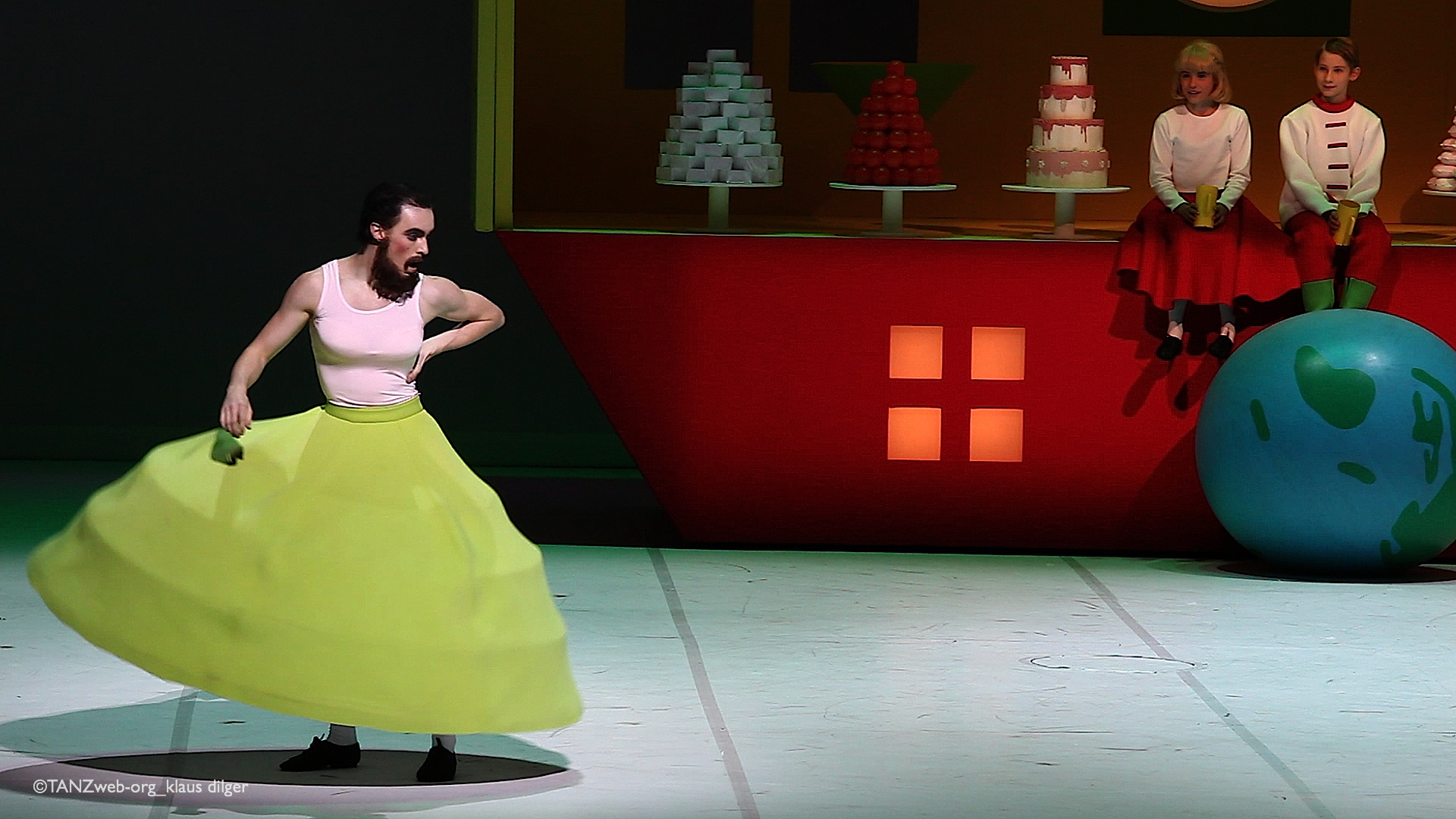 Choreographically the evening commences with extended pantomimic group scenes. Prior to the arrival of the Mouse King a sweeping neo-classical pas de deux interlude ensures, featuring Clara’s mother and father as performed by Stephanie Ricciardi and Andrei Morariu respectively. This scene makes good use of the space and the soloists’ abilities, in a fashion reminiscent of Dortmund’s ballet director and resident choreographer Xin Peng Wang’s own work, however, it doesn’t contribute to the progression of the narrative. The Snowflakes are then teleported from Mats Ek’s iconic Swan Lake for the conclusion of the first act. The second act opens with classical pas de deux and variations by the Sugarplum Fairy (Jelena-Ana Stupar) and  a prince (Alysson da Rocha Alves), followed by, as is to be expected, a balletic take on a World Dance pageant. This may seem purely descriptive, although the eclectic mix of dance styles result in a disorienting array of modes of representation – a back and forth between symbolic hand gestures in the closed world of the Christmas party, followed by expressive and /or abstract neo-classical ‘states’, contrasted by the frontal, presentational quality of ballet variations, as well as the comedy of the second act.

As such, the relative consistency of the second act lead to it evoking a more positive response from audience members and freed the choreography and the performers from the claustrophobic on-stage environment in the first half. Its fast pace and variety further showed the ensemble at their best, permitting the younger cast members to display their technical prowess and play tongue-in-cheek with their interpretations of cartoonish cultural stereotypes. Haruka Sassa impressed with her confident and polished contribution to the Greek Dance, and Denise Chiarioni had the audience laughing with her appearance as a proud and composed Russian woman in a trio punctuated with her hysterical screeches. Hiroaki Ishida’s and Giacomo Altovino’s energetic Chinese Dance, complete with well executed tours en l’air and split jumps – to name only two examples of their command of standard men’s ballet technique – provided the audience with a dose of virtuosity it had waited quite some time for. Finally, Dan Wilkinson’s gender-confused ‘Lebkuchenmutter’ suggested how much more comical and subversive the first act could have been. In fact, it’s a shame these dancers (not to mention theatrical devices) didn’t feature more prominently throughout.

Regardless of the production’s highlights and lowlights, as the curtain fell the Ballett Dortmund’s local fan base generously showed their unconditional support for their ambitious world ballet underdog. 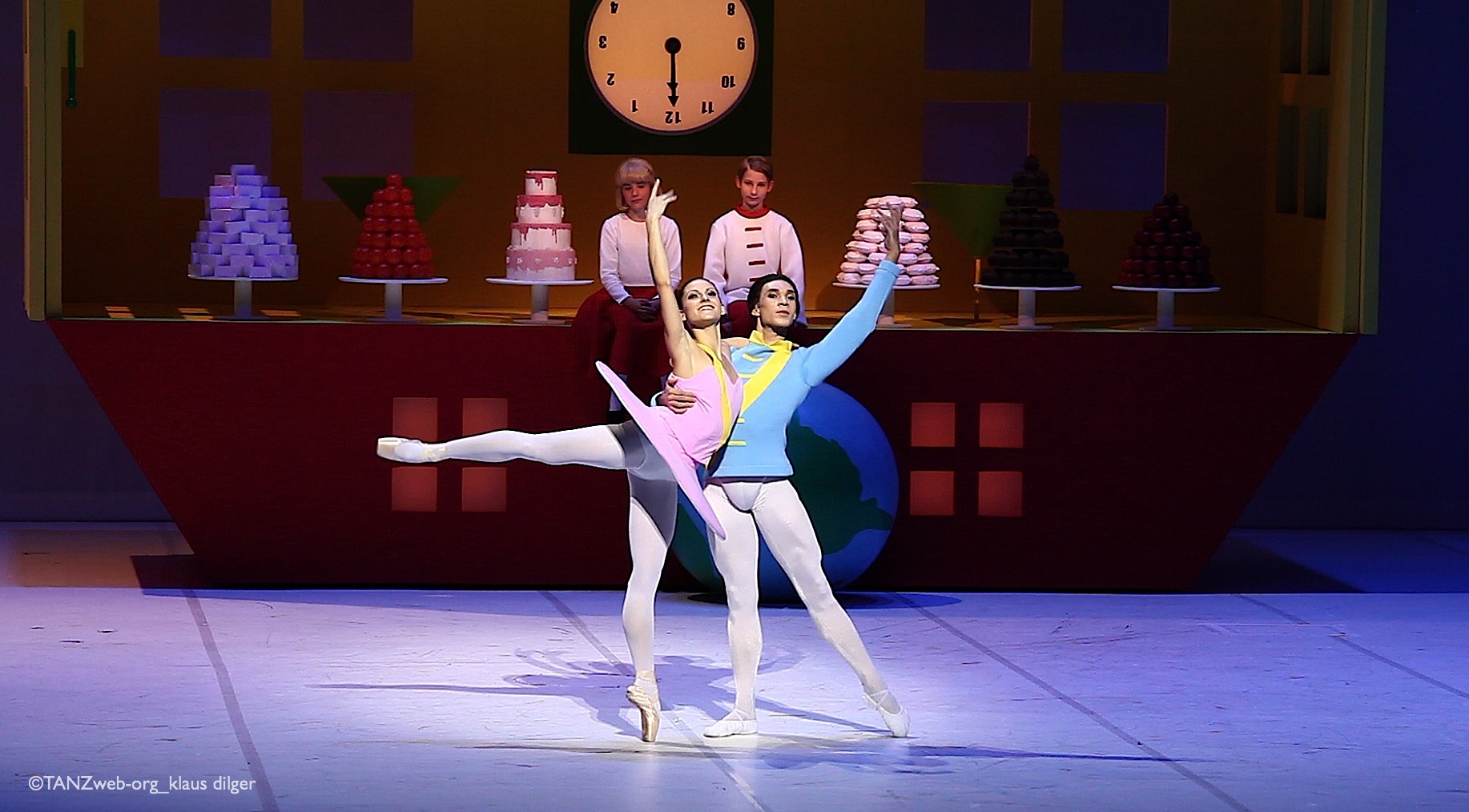