©Francesco Carbone _ photo taken from the poster of Opéra Garnier

especially in France and Italy

References to events and a commentary by Klaus Dilger

June 30 marks the tenth anniversary of the death of Pina Bausch, the choreographer who, like no other, has influenced and changed the importance of stage dance around the world. Not only that of dance, but also of film, performance art and theatre par excellence, because with her work she has brought to light the existing shortcomings by repeatedly and again seeking a language for life with her dance theatre and often enough she has found it.

Her powerful images go and go around the world and so often touch people who have not seen a single dance performance in their lifetime, let alone one of the works of the great choreographer icon from the small town of Solingen in the Bergisches Land.

It is the images, photographs, films, the banished light of these performances in whatever form, which are also established in the flood of images of media-changed societies in our subconscious and, at best, awaken our collective memory and help us to feel knowingly, even more than to understand, who we are, where we come from, and the path we are on.

Only dance, in its best moments, can produce such images of life and its deeper sense, so can life in rare moments for those who are able to see. 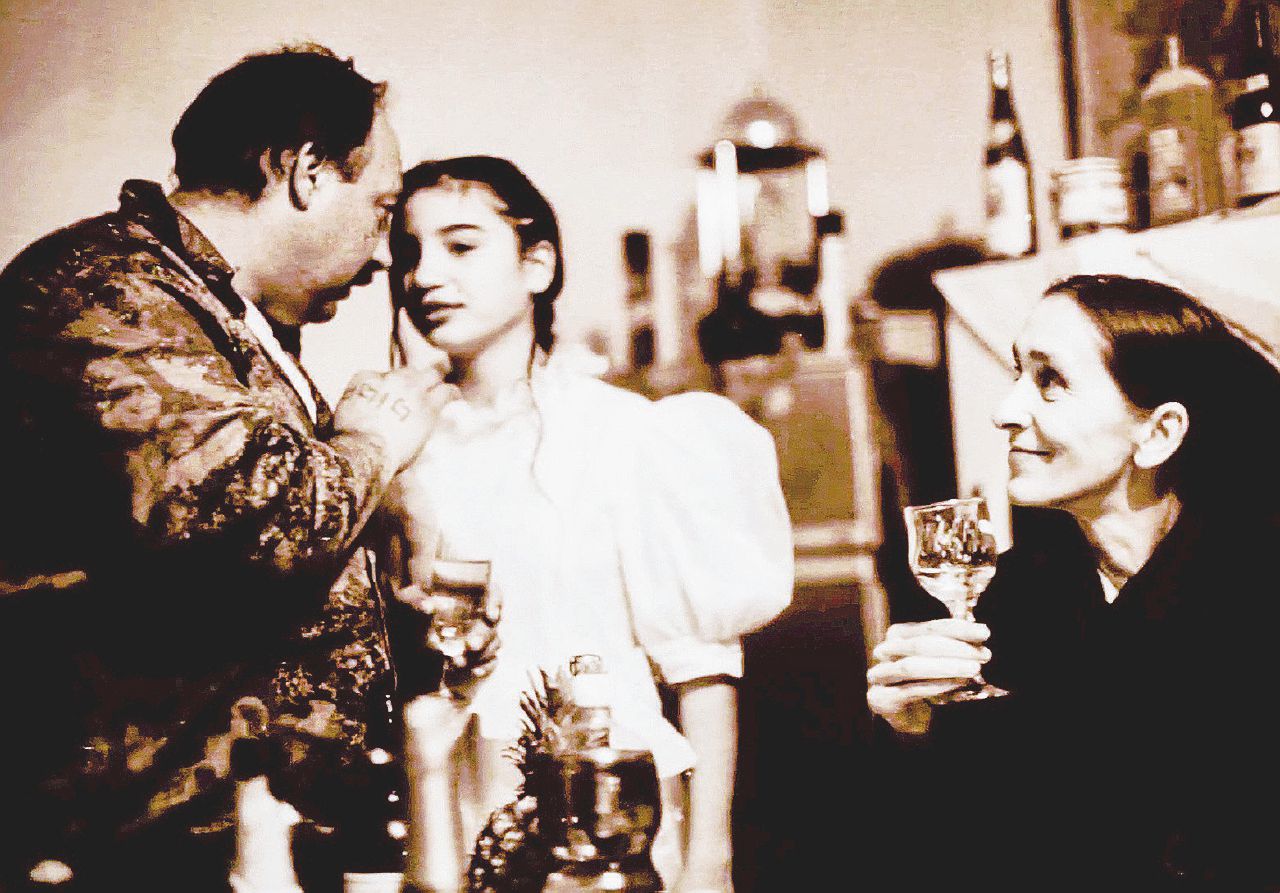 Pina Bausch was closely associated with Italy and vice versa. Not only the pieces „Viktor“, „O Dido“ and „Palermo Palermo“, created in collaboration and co-production with Andrés Neumann, or as Peter von Beckerwrites in his obituary in 2009 in the“ tagesspiegel“, bear witness tothis. so their own image remains probably most beautifully preserved in the cinema. One of Pina Bausch’s big fans was Federico Fellini, and he placed a monument to her in 1983 with his fairytale film „E la nave va“ (Ship of Dreams).  In it, Pina Bausch was a mysterious Principessa, a prince-woman of the night, who owned the final image in a boat alone on the sea of fantasy.“

This sea of enthusiasm for Pina Bausch can also be seen in the number of events that remind the great choreographer in Italy, as if she were the national flagship of this former cultural nation, whose currently elected government is the barbarically drowns people in the sea off their coasts.

Perhaps it helps to remember the deeply humane work that is profoundly impregnated by the love of people, of all people. 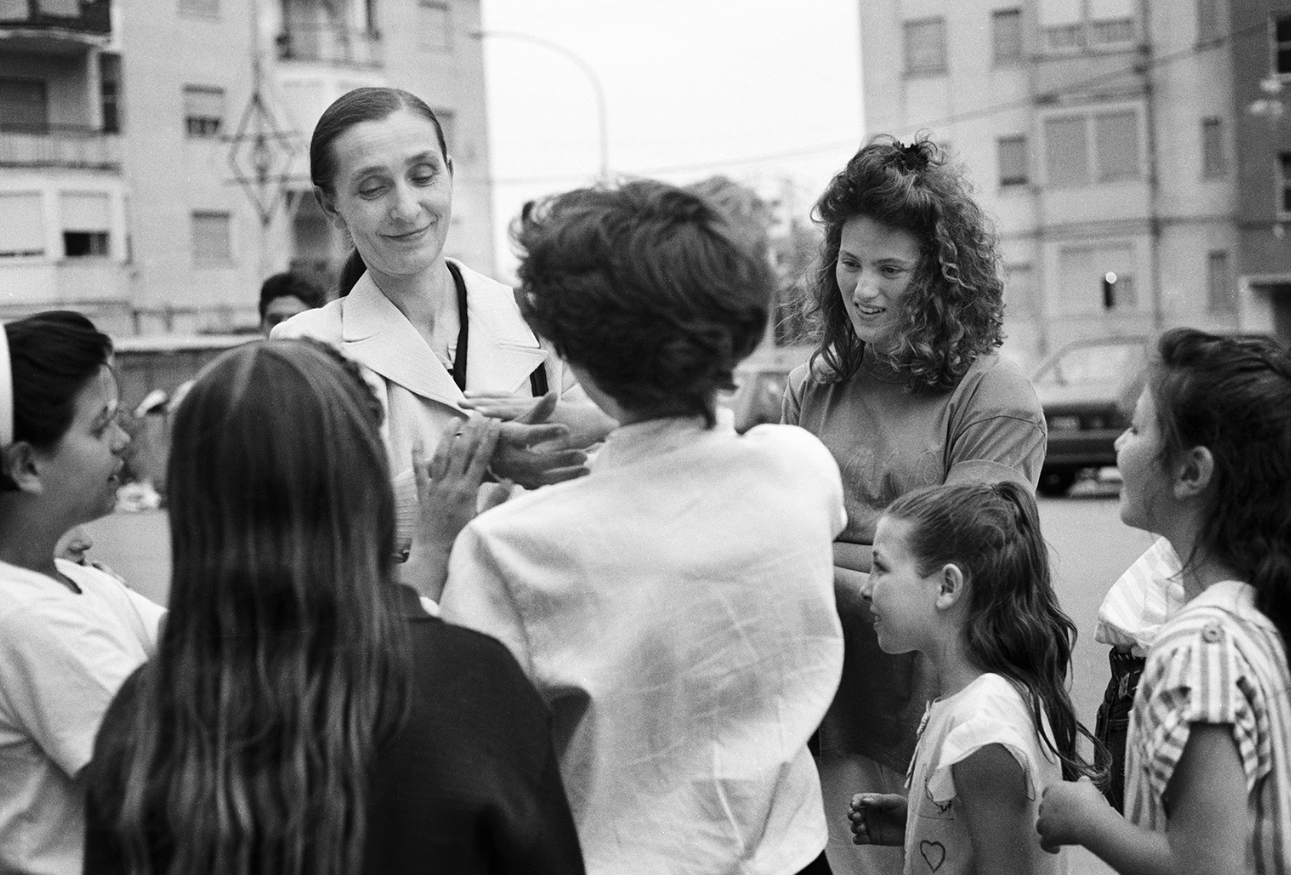 In 2019, ten years have passed since the departure of the great German choreographer and dancer Pina Bausch, who, from the 1970s and into the new millennium, brought about a revolution in modern dance. Dance Theatre (theatre/dance),  a complex artistic phenomenon that aims at a great distance from the traditional rules of ballet and modern dance. It is based on a connection between dance and spoken elements,a precise dramatic compositionof verbal expression and theatrical Gesture.

Pina Bausch is considered one of the most important choreographers in the world and is today an icon who, in consciousness, above all as a daintily, energetic being with the eternal cigarette in the lips as she guides her dancers.

Her dance theatre plays, which are performed in all places of the world, show their long researches, which are always committed to the continuous experiment. 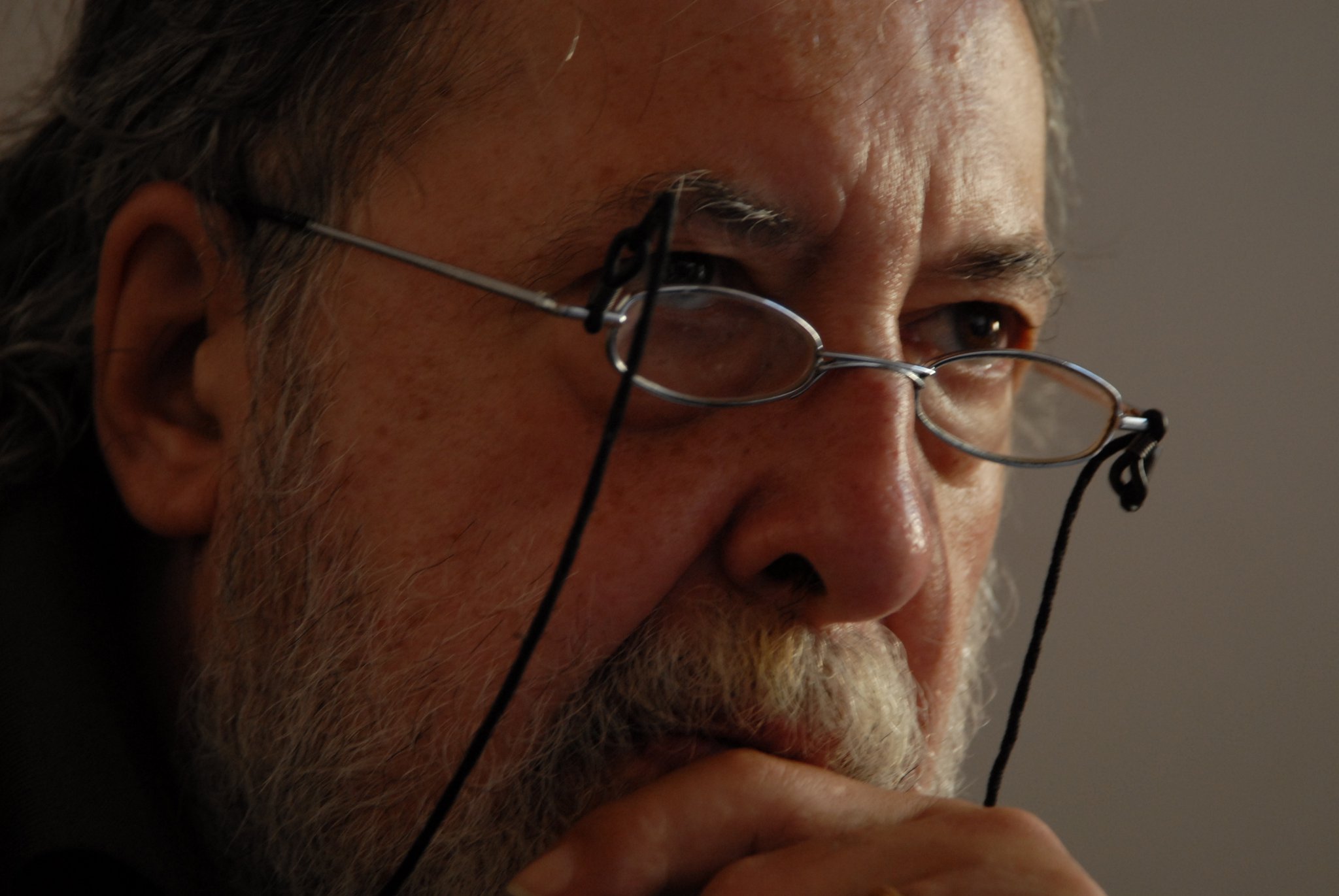 In this context, the presence of Francesco Carbone, the only Italian photographer who was personally authorised by Bausch to take photos of her, and that of the Wuppertal Dance Theatre, which she founded, will be present.  From this collaboration a huge collection has emerged, with about 7,000 photographs, all shot with an Olympus, in black and white or in color, have been recorded. Such images play the role of a silent witness and are characterized by the deep relationship between the Italian photographer and the German choreographer in the 27 years cooperation from 1982 to 2009, the year in which Bausch died.

The result is an extraordinarys and unique portrait. 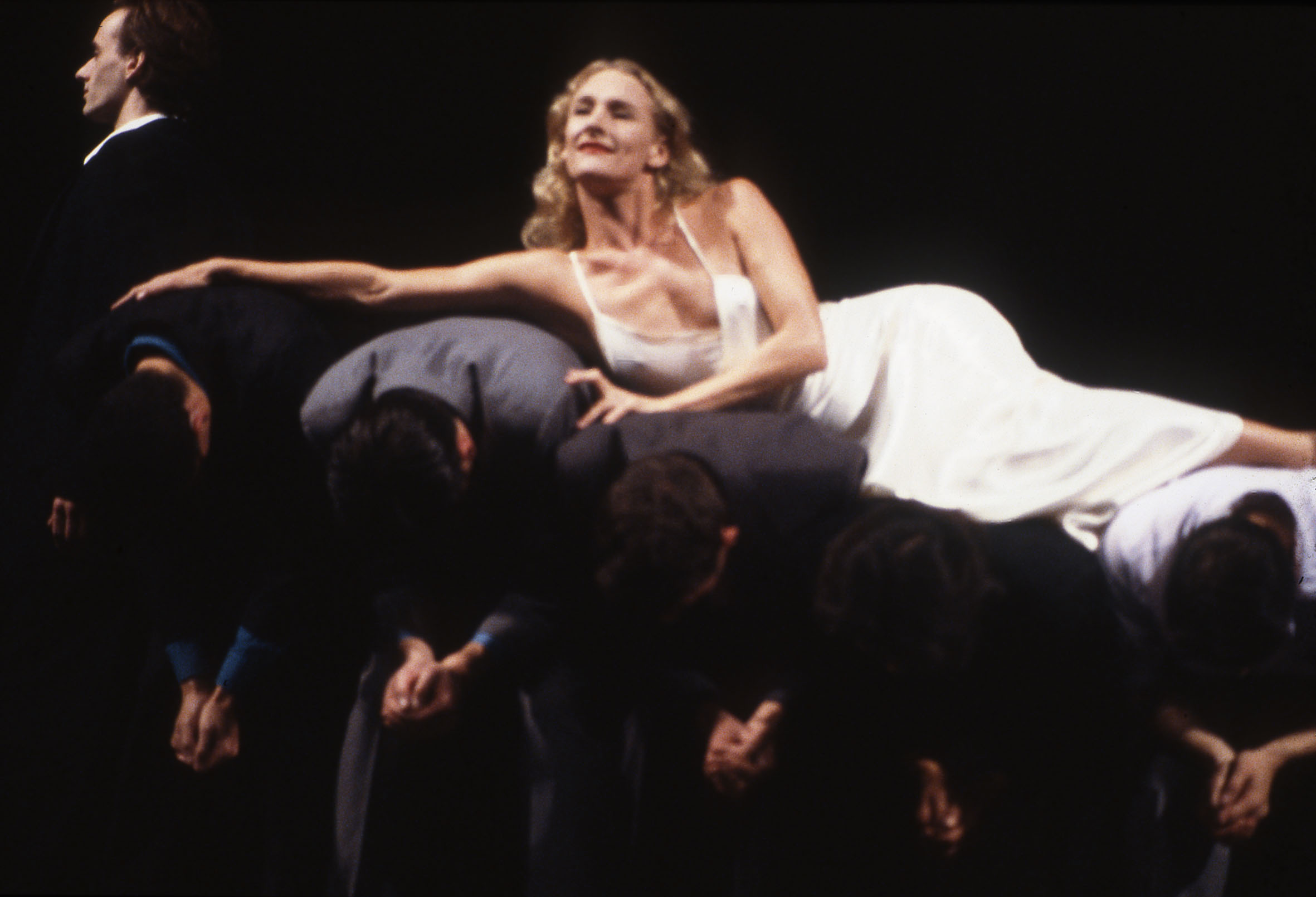 On the occasion of the celebrations of the anniversary of her death, this exhibition will be the first to take place in the capital Rome.  This exhibition is intended to show the public some unknown aspects and details of the Tanztheater Wuppertal Pina Bausch and its famous creator .

The exhibition,with the word-playing title „An Olympus for Pina Bausch“ (One Olympus for Pina Bausch) wants to  show a selection of portraits , which is meant to recall the passionate personality of the Choreoagrapher , a photographic rapture that captures the different phases of the attempts to bring the creation, the essays, the events behind the stage and the scenography of each piece closer.

Beginning with the first recordings of 1982, by the well-known „Iphigenie Auf Thauris“, „Café Mueller“, „Orpheus and Eurydice“ productions, up to towards the last piece performed fifteen days before her death,“Como El Mosquito En la Pedra, Ay, Sé, Sé, Sa…“

Also the pieces inspired by Italy, and were performed in Rome and Palermo, such as „Viktor“, „O Dido“and „PalermoPalermo“. 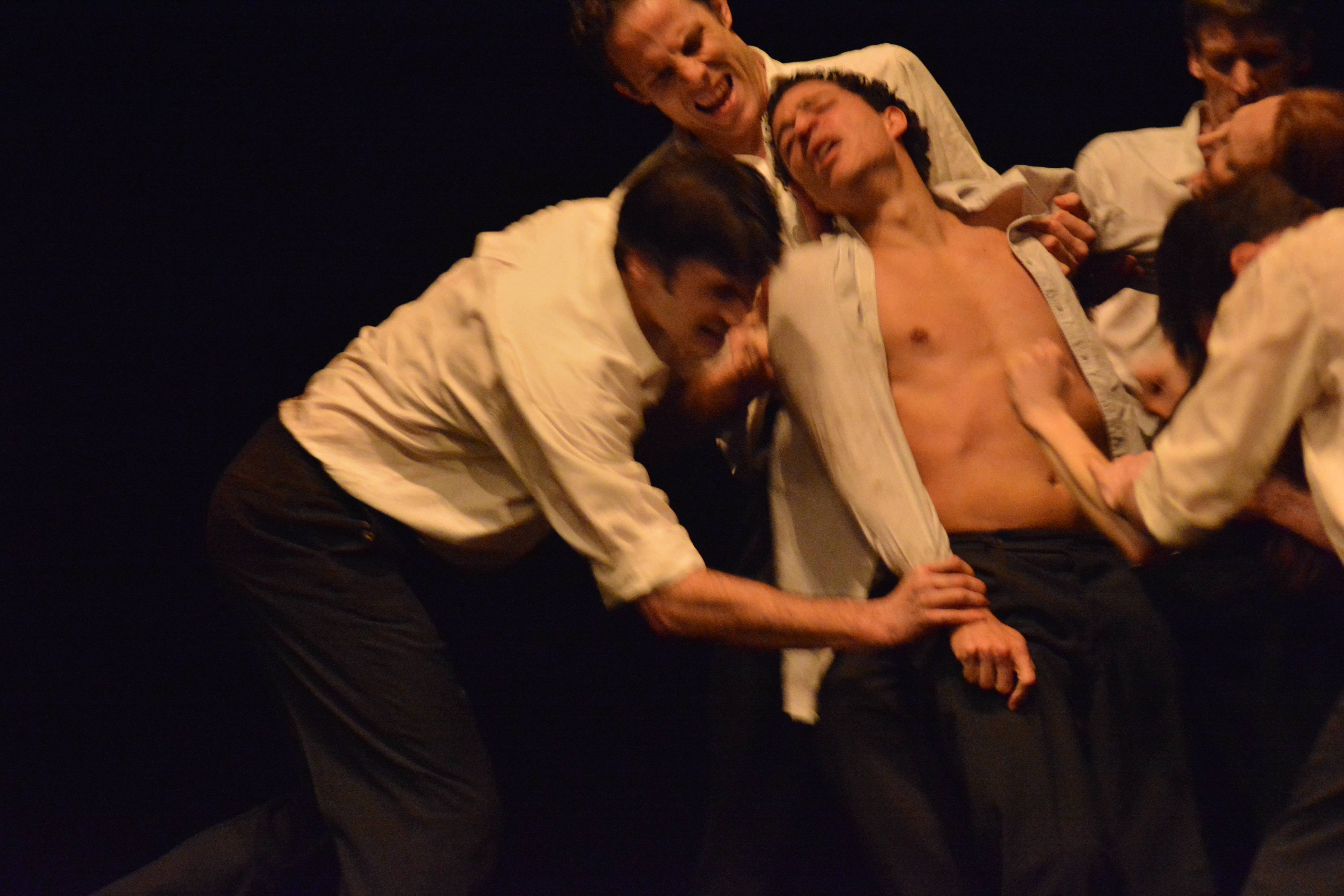 The exhibition, which will be on display at one of the capital’s institutional exhibition venues (the Museo di Roma in Trastevere).

The realization of the exhibition is based on the collaboration between „StudioArte 15“ and „Pandion Editions“, which is dedicated to the edition of the catalogue, and a team of professionals who specialize in the supervision and organization of exhibitions, and with the advice of Francesco Carbone as a scientific observer.

The exhibition will be on view in Rome from 20 June, and another exhibition of photographs by Francesco Carbone, organized by Alessanda Rosa, will take place from 28 June in Avellino, north of Naples.

Francesco Carbone was born in Rome in 1945. Professional photographer since 1972, he has worked as a freelance r photo reporter until 1975. He  worked with DeLaurentis Movie Productions before turning his interests to the theater. Since 1976 he has devoted himself more and more to the artistic performances of the Tanztheater Wuppertal Pina Bausch and created several catalogues about the choreography of the artists.

The most important magazines and newspapers in Italy have printed his pictures. He currently lives and works in Rome and is the official photographer of Balletto Civile. (www.carbonefrancesco.com). 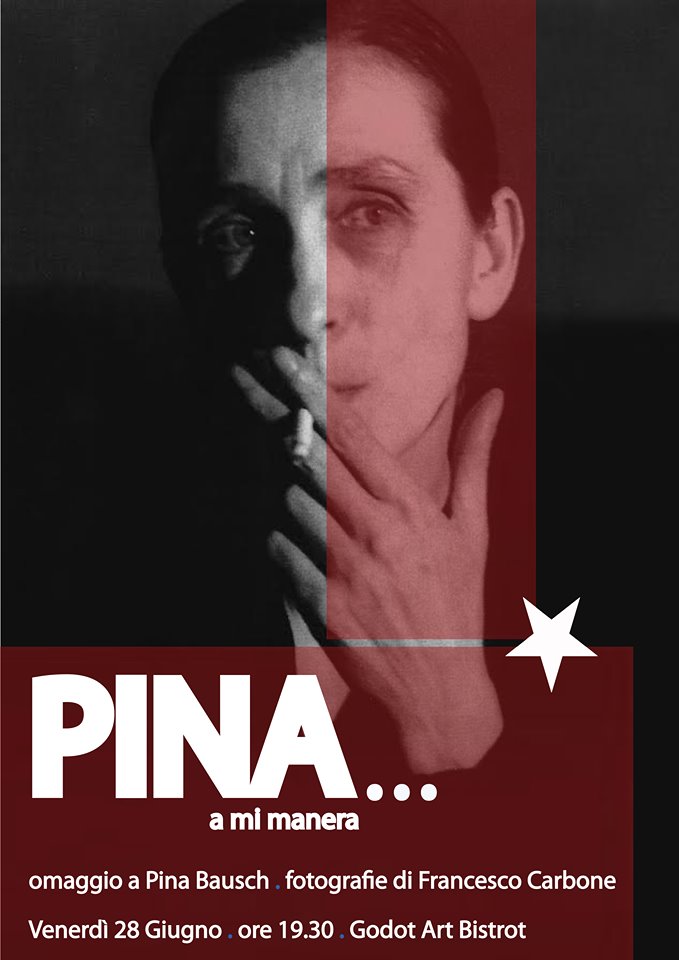